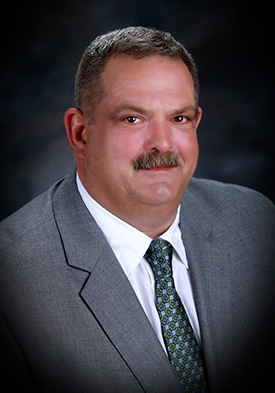 Stephen began working with Oil Land Services in 2010.  After working as a mortgage title abstractor, he transitioned to a career in the oil and gas industry in 2004.  He graduated in 1999 from The University of Southwestern Louisiana, now The University of Louisiana at Lafayette, with a Bachelor of Science in Business Administration with a concentration in finance and economics.  Stephen obtained his designation of CPL in 2014.  He is a member of the American Association of Professional Landmen and Lafayette Association of Professional Landmen; Stephen is also a certified notary.  Stephen enjoys the comradery and sense of professionalism at Oil Land Services.  Stephen and his wife, Jo Anne Marie, have been married for 29 years, and they have three children and three grandchildren together.  When he is not working, Stephen enjoys visiting with friends and family, picking vegetables from his garden and catching fish.